What’s the logic behind which photos get shown on the photo grid page? The one I posted via MarsEdit 5 last night doesn’t appear alongside the rest of my photos on that dedicated page, despite it being uploaded and referenced the same as my other images. 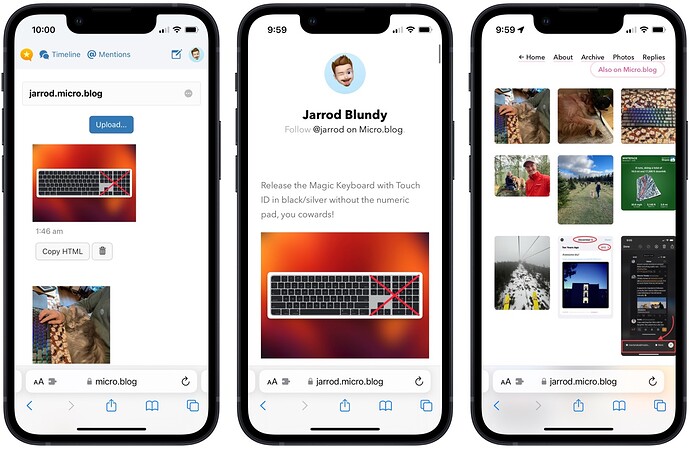 There are actually some times that I’d prefer to post a photo and not have it appear there, so knowing the “rules” would be helpful.

Micro.blog thinks about it this way: a JPEG is a “photo”, a PNG or any other format is an “image”. This is usually what most people want because PNG screenshots are treated separately.

There are a couple plug-ins to customize this behavior for the Photos page, though. For example, there’s one called “Photos category” that will use any category.

Ah, okay. That makes sense and is easy to keep straight. Thanks!