The name on conversations is way offset from the avatar. I’m using the Marfa theme and this is a recent issue. I noticed that @jean has the same problem in her site.

Perhaps related is that book images are misaligned from their titles on bookshelves. 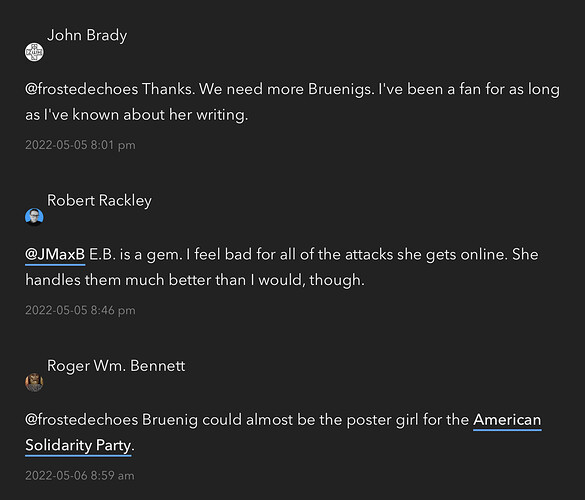 This was fixed recently in the latest version of the Marfa plug-in. It looks like you do have the latest version installed, but you also have a custom theme that has its own style.css template. That is most likely using the old CSS.

So to fix it on your site, I think you’ll want to either remove your custom style.css template, or edit it to add the changes that were added to the plug-in. The change in this diff (Fixed conversation margins/padding from other recent CSS changes. · microdotblog/theme-marfa@9d83176 · GitHub) was basically to add “padding: 0” because another recent change added padding around blog post images, which also affected books and conversations unintentionally.

Thanks for asking this question that I’ve always been meaning to ask, @frostedechoes!

Thanks, I just ran a diff on the default style.css and my style.css and add the items that looked like they were causing the offset. Fixed now!